Congratulations to all of the 2002 NLLEA award recipients!

At the annual NLLEA Conference this year, 2001-2002 NLLEA President Roger Johnson gave awards to a list of impressive agencies and individuals.

Beginning on the first day of the conference, President Johnson presented Ohio’s First Lady, Mrs. Hope Taft, with an honorary Lifetime Membership to the NLLEA. Mrs. Taft is a tireless advocate in the struggle to prevent underage drinking, and NLLEA is honored to include her as an official NLLEA member.

This year the Virginia Department of Alcoholic Beverage Control received the award for Liquor Law Enforcement Agency of the Year. The agency and 14 agents in particular, earned this recognition for being one of the first law enforcement groups to arrive at the Pentagon on September 11, 2001. As “first responders” the 14 agents provided traffic control, assisted in the evacuation of personnel from the Pentagon, transported the injured to hospitals, assisted in administering first aid to those injured and insured that the children present in the Pentagon’s child care facility were moved out of harm’s way. In the days following the attack, these same agents, as well as the remaining agents assigned to the Alexandria Regional Office and agents from the Richmond office, assisted in the recovery of airplane and building parts and sensitive documents, assisted with perimeter security and helped with the search and recovery of victims inside the Pentagon.

The Virginia ABC received the award for Innovative Liquor Law Enforcement Program of the Year for their enforcement and prevention program for underage drinking that implements an environmental approach.

Seattle Liquor Control Board Enforcement Officer David Quiggle received the NLLEA’s Agent of the Year Award. NLLEA President Roger Johnson lauded Quiggle’s work on a complex investigation that uncovered a counterfeit ID manufacturing operation in Pioneer Square area of Seattle that began in October 2001. The case involved several violations of federal counterfeiting laws and was turned over to the U.S. Secret Service for federal prosecution.

The Pacific Institute for Research and Evaluation received the NLLEA’s John W. Britt Community Service Award for providing support to the NLLEA in enhancing their enforcement efforts. President Roger Johnson thanked PIRE for helping the NLLEA move from a somewhat obscure organization to one which, in the past two years, has gained national attention and recognition. 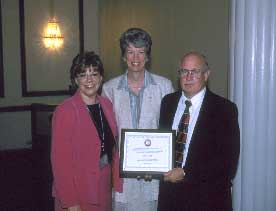 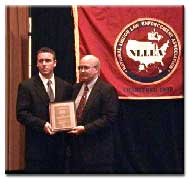