Congratulations to all of the 2008 NLLEA award recipients!

On August 22, 2008, at the NLLEA’s 22nd Annual Conference in Nashville, TN, the NLLEA had the opportunity to recognize the following members and agencies for their outstanding work in the field of liquor law enforcement.

The Mississippi Alcoholic Beverage Control Bureau of Enforcement took steps in 2008 to attack the problem of false identification usage with a two-pronged educational program. The first step was the creation of a brochure and poster titled “Fake Identification – Don’t Borrow Trouble,” targeted at high school seniors and college freshman. ABC agents delivered 10,000 of these brochures to high schools and colleges around the state and gave talks and presentations in support of the program.

The second step of this program involved the creation of a DVD titled “Detection of Fraudulent Driver Licenses and Identification Cards,” which was used to train law enforcement officers on how to spot fake IDs. 500 copies of this DVD, as well as a PowerPoint presentation, are being delivered to every agency in the state of Mississippi. This training was approved by the Board of Law Enforcement Officers Standards and Training for continuing education credits for municipal law enforcement agencies.

Mississippi ABC Enforcement also developed a laminated card for officer’s ticket books containing the proper steps on how to check identification, survival tips, and state laws regarding alcohol and minors to supplement this training.

The Liquor Enforcement Officer of the Year Award is given for acts of heroism or bravery, creativity resulting in innovative programs, recognition by peers and/or the local community, or other actions that enhance the image of an agency or law enforcement in general.

While en route to an Englewood, Colorado liquor store to serve a suspension, Investigator Jason Medina noticed that the traffic ahead of him was erratic – there had been a crash involving four cars resulting from a driver who had suffered a heart attack crossing the median and striking the other vehicles.

He stopped his vehicle to find the driver of the offending vehicle unconscious, but with a faint heartbeat and shallow breathing. Within moments his heart stopped. There were no other emergency personnel on scene. Investigator Medina checked the individual for further injuries, removed him from the vehicle and administered CPR.

After the paramedics arrived and took the victim to the hospital under the pretense that he would not survive, the Englewood Police and Fire Department and hospital staff advised the Colorado Liquor Enforcement Division that because of Investigator Medina’s actions, the victim had survived.

The Cops in Shops operations yielded a total of 800 minors in possession, transporting, or attempting to purchase alcoholic beverages; 440 adults procuring alcohol for minors; 90 individuals possessing false identification; and confiscation of 510 cases of beer and 310 bottles of alcohol beverages, thus preventing delivery to an estimated 6,800 underage individuals. The Last Call operations found 70 violations of the Liquor Control Act and prevented approximately 100 intoxicated individuals from driving.

The Investigation and Enforcement Division received the 2007 “Innovations in Health and Safety” award from the National Conference of State Liquor Administrators for its “Parent Notification Program,” which involves calling the parents of youth found attempting to purchase alcohol to pick up their children at the liquor establishment. 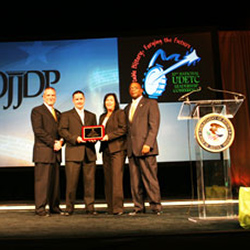 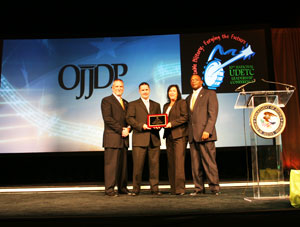 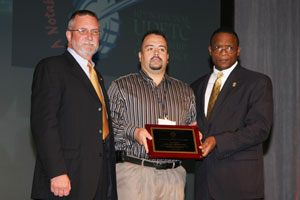 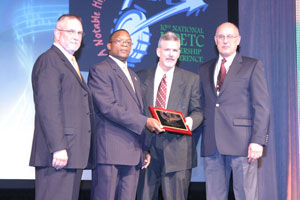