Congratulations to all of the 2009 NLLEA award recipients!

At this year’s 23rd Annual Conference in Dallas, TX, the NLLEA had the opportunity to recognize the following members and agencies for their outstanding work in the field of liquor law enforcement.

The John W. Britt Community Service Award is named for a former Deputy Director for Operations for the North Carolina Alcohol Law Enforcement Division who died unexpectedly in 1995.  John Britt was also a charter member and past president of our Association.

This year, the John W. Britt Community Service Award went to the Goodfellow Air Force Base, a city of 90,000 people located in San Angelo, Texas. Serving more than 6,000 base personnel at any given time, Goodfellow is home to all branches of the military and trains intelligence experts and fire protection students.

In 2008, the Texas Alcoholic Beverage Commission noticed an increase in alcohol-related incidents in the San Angelo area, where bar owner’s geared discounts to military personnel. Texas ABC agents met with Goodfellow personnel and developed a strategy to combat the large numbers of young servicemen and women committing alcohol-related violations.

A non-commissioned Officer was put on-call and ready to respond within 15 minutes to any location in town if a member of the military base was getting into trouble at one of the bars. If the individual’s behavior warranted an arrest, the person was taken into custody by law enforcement. Otherwise, the individual was released and taken directly to Goodfellow and became subject to military punishments. To date, there have been no repeat offenders.

The on-call system gave law enforcement personnel another tool to use and allowed their resources to be used more efficiently. Now, bar owners have joined in and attend quarterly meetings at the base with local law enforcement and other industry members.

The District of Columbia’s Alcoholic Beverage Regulation Administration has been involved in a number of successful initiatives, most notably, its 56th Presidential Inauguration Initiative.

The historic Inauguration of President Barack Obama presented numerous challenges for ABRA – record crowds came to DC to watch President Obama take the oath of office and participate in numerous events and activities throughout the city.

The huge crowds, the security surrounding the Inauguration Events, and the approval by DC’s Council for bars to extend their operating hours during this time required ABRA to develop an effective investigative strategy for events before, during, and after the Inauguration.

ABRA’s most significant accomplishment was its success in working together with licensees and community groups to implement a registration process that allowed only registered establishments to remain open for extended hours and raised approximately $132,000 for the agency.

Through enhanced Regulatory Inspections and Training and Emergency Exercises provided by the Homeland Security and Emergency Management Agency, ABRA was able to help ensure that each official Inaugural night event went without incident.

The Liquor Enforcement Agent of the Year Award is given for acts of heroism or bravery, creativity resulting in innovative programs, recognition by peers and/or the local community, or other actions that enhance the image of an agency or law enforcement in general.

During the past year, Investigator Brandon Neudecker, of the New Hampshire Bureau of Liquor Enforcement, uncovered three counterfeit ID manufacturing operations. Two of the operations were based in a local college community – one was a large-scale operation involving hundreds of counterfeit IDs with multi-jurisdictional implications.

Through his investigations, he was able to obtain multiple search warrants and seize materials and equipment used to manufacture counterfeit IDs. Arrests have been made in two of the cases and felony charges are pending on the other.

The Mississippi Alcoholic Beverage Control Bureau of Enforcement, funded by EUDL through the Mississippi Department of Public Safety, continued their efforts to fight fake ID use by minors by conducting both their “Operation Fake-Out” and “Cops in Shops” programs.

Agents worked hundreds of hours of overtime enforcing laws dealing with minors and targeting those carrying fake IDs. In all, 532 persons were arrested over the course of seven months and 161 fake IDs were seized. 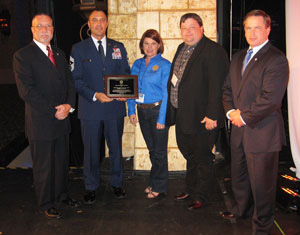 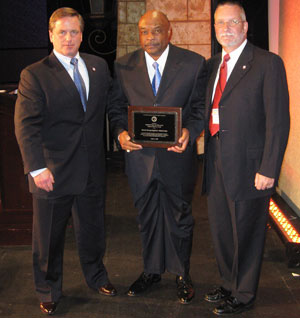 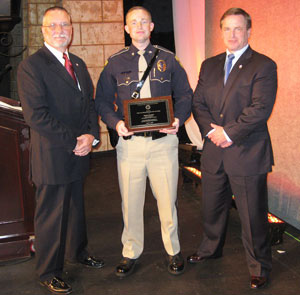 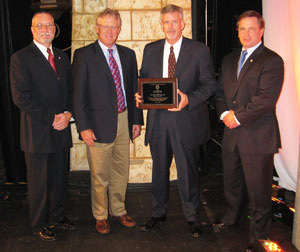