Congratulations to all of the 2012 NLLEA award recipients!

At this year’s 26th Annual Conference "Reducing Public Harm through Effective Alcohol Law Enforcement" in Manchester, NH, the NLLEA recognized the following members and agencies for their outstanding work in the field of liquor law enforcement.

The John W. Britt Community Service Award is named for a former Deputy Director for Operations for the North Carolina Alcohol Law Enforcement Division who died unexpectedly in 1995.  John Britt was also a charter member and past president of our Association. Given in John Britt’s memory, this award is given to an agency that has made a significant contribution to enhance efforts in liquor and tobacco law enforcement.

The 2012 John W. Britt Community Service Award was awarded to the Midland Empire Alcohol Task Force on October 23, 2012.  In 2010 the Missouri Division of Alcohol and Tobacco Control downsized from 47 agents to five special agents. The State of Missouri notified local law enforcement agencies that they would need to take responsibility for enforcement of Missouri’s liquor control laws and regulations. In response to this change, the St. Joseph Police Department and the Buchanan County Sheriff’s Department worked together to address the enforcement void, eventually expanding to include ten additional counties in northwest Missouri.  The task force is currently responsible for 410 licensed establishments in an area of over 5,000 square miles.

The Midland Empire Alcohol Task Force partners with local community groups to reduce youth access to alcohol and to conduct compliance checks, with compliance rates of 80% or better in all participating counties. Additionally, the task force has worked to establish a local administrative hearing process for licensed liquor establishments, has provided responsible beverage server training programs for participating county businesses, and has worked to more effectively secure and process underage drinking house parties.

The Midland Empire Alcohol Task Force’s dedication to find grant dollars and committed officers willing to take on additional duties, as well as build partnerships will local coalitions and prevention programs, made them a standout recipient of the 2012 John W. Britt Community Service Award.

SMART maintains electronic records of complaints, inspections, audits, investigations, administrative violations, criminal violations, offenses, notices, hearings, pending and issues orders, proposals for decisions, and settlements. SMART includes risk management solutions to better predict future violations based on past performance. The system presents tasks and activities as individual assignments on a personalized dashboard for each individual in the field. As tasks are completed, each case continues through the pre-defined workflow through to final disposition, leading to a streamlined process throughout field operations.

The Liquor Enforcement Agent of the Year Award is given for acts of heroism or bravery, creativity resulting in innovative programs, recognition by peers and/or the local community, or other actions that enhance the image of an agency or law enforcement in general.

Lieutenant James J. Johnson of the Worcester Massachusetts Police Department is well deserving of this award.  In 2004 Lieutenant Johnson was placed in charge of the Worcester Police Department Alcohol Enforcement Unit (WPDAEU). The unit was created that year to address Worcester’s alcohol related crimes and injuries that were due to the high concentration of bars and liquor stores, second in Massachusetts only to the city of Boston. Lieutenant Johnson immediately led his officers in 50% more underage alcohol arrests, filing numerous charges against the bars and liquor stores. Lieutenant Johnson understood the importance of collaboration, and worked quickly to develop partnerships with the Massachusetts Alcoholic Beverages Control Commission, University Police Departments, and other community groups.  He initiated an intensive program to utilize place of last drink (POLD) data to investigate sale to intoxicated persons (SIP) violations in Worcester bars. This program has resulted in server training, policy changes, and the closing of establishments.

In the seven years that Lieutenant Johnson has led the alcohol enforcement unit, complaints filed with the Massachusetts Alcohol Beverages Control Commission have been reduced by approximately 40%. Lieutenant Johnson’s commitment and dedication has made a positive difference in the public safety and quality of life for the residents of Worcester.

In addition to leading the WPDAEU, Lieutenant Johnson directs the WPD Anti-Crime Unit, is a SWAT team supervisor, a sniper team supervisor and head of the WPD hostage negotiation unit. He is also a Commander in the United States Coast Guard Reserve, having recently served a tour as the Reserve Director of Intelligence for New England.

The NLLEA Liquor Enforcement Agency of the Year is awarded to an agency that consistently works to proactively enforce alcohol laws to make their communities safer. The 2012 Liquor Law Enforcement Agency of the Year award goes to The Pennsylvania State Police Bureau of Liquor Control Enforcement. Their team is dedicated to the enforcement of all state statutes concerning alcoholic beverages, with a specific focus on curbing underage drinking, preventing alcohol-related harm and eradicating illegal gambling.

Nearly every one of the approximately 125 Liquor Control Enforcement agents in the state teamed with state troopers, IRS agents, and county detectives in the widespread sweep. The Bureau of Liquor Enforcement filed criminal charges against the vendor and the Internal Revenue Service executed simultaneous search warrants at the vendors’ properties. In addition, 187 bars, public clubs, and other establishments licensed by the Liquor Control Board face criminal gambling charges and liquor code citations for gambling and fines. This investigation was a major accomplishment, on top of the Bureau being one of the leading agencies in conducting Sales to Intoxicated Persons (SIPS) enforcement to prevent impaired driving in the Commonwealth of Pennsylvania. 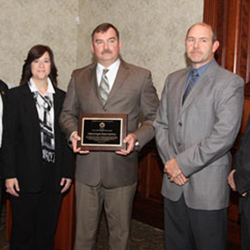 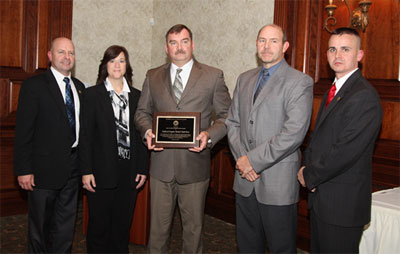 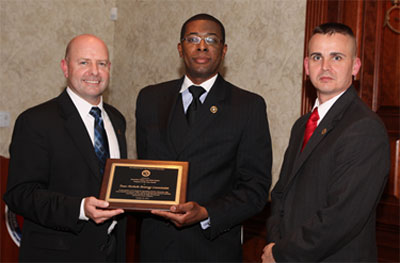 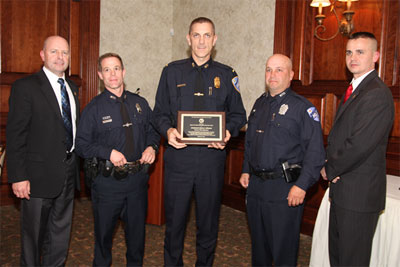 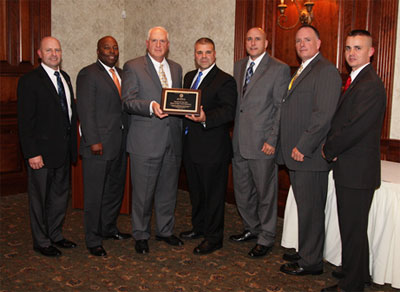