Congratulations to all of the 2019 NLLEA award recipients!

Each year the National Liquor Law Enforcement Association recognizes the strongest operations, efforts, and leaders in the field of alcohol law enforcement. The 2019 recipients were presented with awards at the 33rd Annual NLLEA Conference, "Best Practices:  Alcohol Law Enforcement", in Biloxi, Mississippi November 4-6, 2019.

The 2019 John W. Britt Community Award was given to the Pennsyvania Liquor Control Board, Bureau of Alcohol Education. We wanted to highlight their Responsible Alcohol Management Program (RAMP), a certification program for licensees that provides incentives for the completion of five required components, including training. It was initially developed as a voluntary certification program, but the training has since become mandatory for certain licensees under certain conditions.  Additionally, two separate training components, Owner/Manager Training and Server/Seller Training, are legislatively mandatory for certain individuals.  Corinne Dinoski, Executive Director of Alcohol Education and Tisha Albert Director of Regulatory Affairs accepted the award.

The Alcohol Law Enforcement Agent of the Year Award is given for acts of heroism or bravery, creativity resulting in innovative programs, recognition by peers and/or the local community, or other actions that enhance the image of an agency or law enforcement in general.

The NLLEA awarded the 2019 Agent of the Year to Christopher Kluttz in recognition of his outstanding work in the field of alcohol law enforcement and service to his community. SA Kluttz was assigned as a member of NC Alcohol Law Enforcement’s Violent Outlet Task Force in July 2018. Throughout his career SA Kluttz has exemplified what a dedicated and hardworking agent should be. SA Kluttz passionately and unselfishly commits daily to addressing illegal activity and violence occurring at the most problematic ABC outlets.  SA Kluttz is an aggressive and effective enforcement agent. During the last year he has made over 50 arrests, including over 30 felonies and seized 12 firearms. SA Kluttz is an expert undercover agent and gets requested to perform numerous undercover assignments across the state. He recently completed a one-year undercover operation targeting the illegal sales of alcohol by the Outlaw Southern Riders Motorcycle Club. His undercover performance resulted in 12 arrests, 42 charges and the seizure of 2 firearms. Multiple SRMC members were charged with selling without permits, gambling and additional alcohol related offenses. On August 24, 2018, SA Kluttz and other ALE special agents responded to an event, located at Tropix, an ABC licensed outlet in Charlotte, NC. One of the rappers showcased appeared to be a Crip member and another rapper, Taliban, is a validated Blood. Upon arrival, ALE special agents, including SA Kluttz and an HSI Special Agent, were informed a subject was threatening the owner of the club. SA Kluttz and other assisting personnel attempted to make contact with the subject. The subject entered his vehicle and attempted to run over the HSI agent. As a result of the immediate threat the HSI agent shot the subject. SA Kluttz immediately rendered aid to the subject and attempted to stop the bleeding from the gunshot wound. A crowd of agitated patrons immediately began to form and rapidly grow. In spite of the intense and stressful situation SA Kluttz continued to provide aid. Despite his heroic efforts the subject succumbed to the gunshot wound. On September 14, 2018 a homicide occurred at ABC licensed outlet Lucky 7’s in Greensboro, NC. SA Kluttz responded and began investigating the incident. At the conclusion of the investigation the establishment surrendered their ABC permits. SA Kluttz was assigned to investigate ABC licensed outlet Polarity One, located in Greensboro, NC, due to ongoing problems, fights and shootings on the premises. Due to his investigative and enforcement efforts the permittee surrendered their ABC permits. SA Kluttz identified performer Durk Banks, AKA lil Durk had warrants for his arrest for attempted murder. Durk is a validated gang member and performs at ABC outlets across the Country. SA Kluttz tracked Durk to a venue in Greensboro where he was scheduled to perform on May 23, 2019. Durk fled the event due to ALE’s presence. In response to the proactive investigatory actions by SA Kluttz, Durk surrendered to Fulton County Sheriff’s Office in Georgia.

In addition to excelling in his daily tasks, SA Kluttz collaterally serves as a member of the State’s Special Response Team. He participates in numerous high-risk barricade, hostage and fugitive missions across the state to include mandatory monthly training. SA Kluttz is also a valuable instructor and teaches numerous blocks in ALE’s training academy for new trainees. This last year he taught and/or performed as a role player in the Undercover Techniques, Drug Investigations, Managing Informants, Vehicle Stop, Raid Planning, Subject Control and Arrest Techniques and Urban Surveillance. The NLLEA was honored to present Special Agent Kluttz his award at the annual conference.

The NLLEA’s Award for Alcohol Law Enforcement Agency of the Year Award is given in recognition of demonstrated agency effectiveness, implementation of innovative programs, community or media recognition or model training programs or practices. The Mississippi Alcoholic Beverage Control Bureau of Enforcement has demonstrated all of these strengths in their successful investigation of moonshine whiskey and illegal distilleries. With a total of only 24 sworn Agents (21 field Agents), the agency is tasked with regulating 2,200 ABC permitted businesses and 10,000 beer permitted businesses. In addition to regulating licensed businesses they also conduct investigations on applicants for ABC permits, investigate illegal sales from unlicensed persons/businesses and conduct investigations into moonshine production.

In 2018 ABC Agents seized 650 gallons of moonshine whiskey and 12 illegal distilleries capable of producing over 35,000 gallons of moonshine whiskey a year, with a federal and state tax fraud of 1.6 million dollars. The largest distillery seized was a 40-barrel operation where through subpoenas they were able to prove that the violator purchased 569,000 lbs./$293,000 sugar from Sam's Wholesale in an 8-year period of time. At time of arrest the violator was purchasing a ton of sugar per week. This distillery alone was producing over 10,000 gallons per year and based on the amount of sugar purchased could have produced 57,000 gallons of whisky over the 8-year period. Moonshine from this distillery was being bottled in traditional gallon jugs and also in 55-gallon plastic barrels. Due to the large volume production of this distillery and the tax fraud associated with it the ATF is investigating this operation for possible federal prosecution of those involved.

Additionally, in 2018, Agents made over 900 arrests, 165 illegal purchases, executed 136 search warrants and seized 250 fake ID's. The Agency also prides itself in making quality cases, in 2018 only 7 defendants were found not guilty in criminal court. The Mississippi Alcoholic Beverage Control Agents are the only state law enforcement agency in Mississippi that requires a Bachelor's Degree or higher for employment and has done so for 35 plus years.  The NLLEA presented the 2019 Alcohol Law Enforcement Agency of the Year award to the Mississippi Alcoholic Beverage Control Bureau of Enforcement, Chief Rusty Hanna accepted the award along with his entire department. 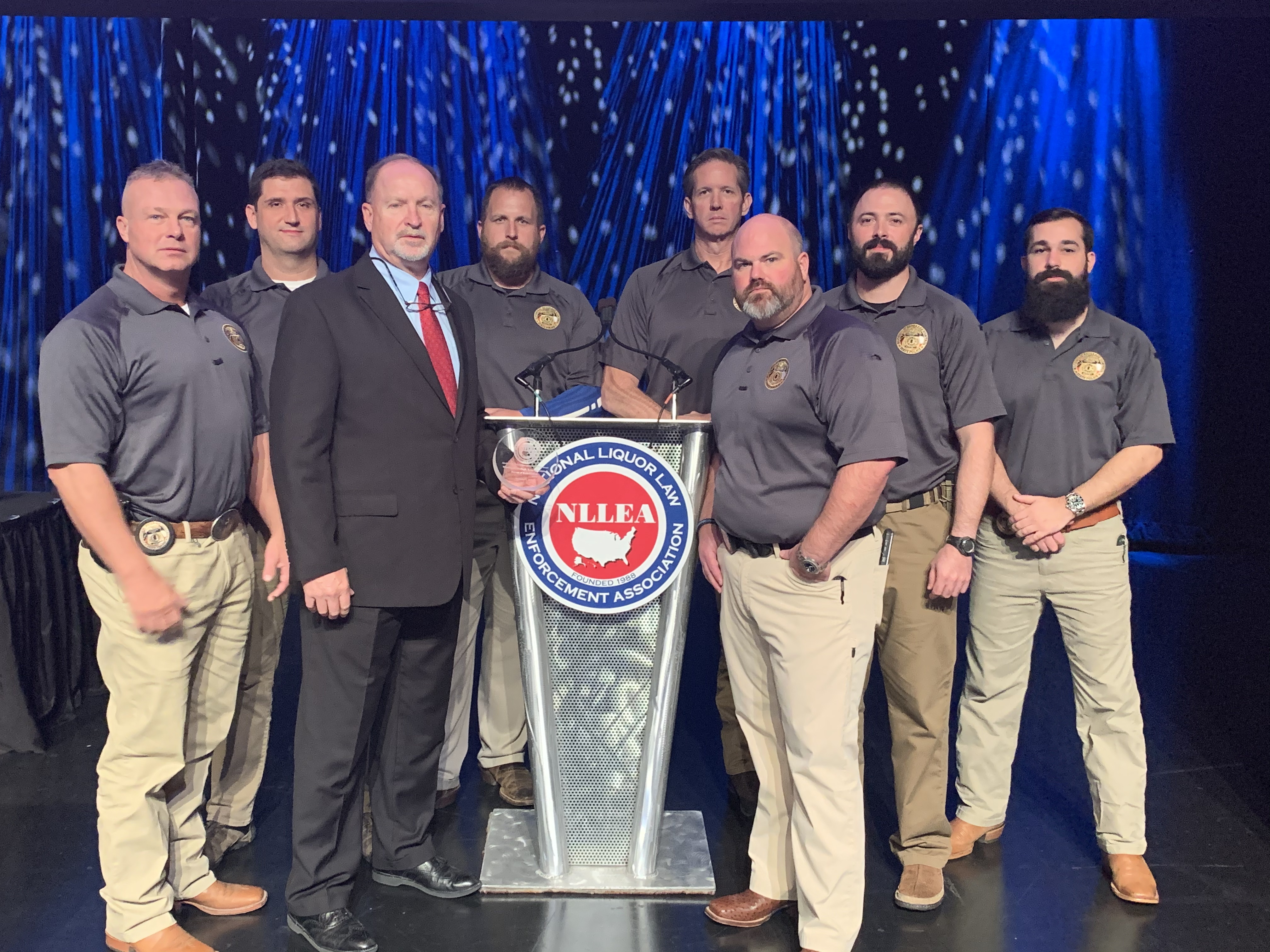 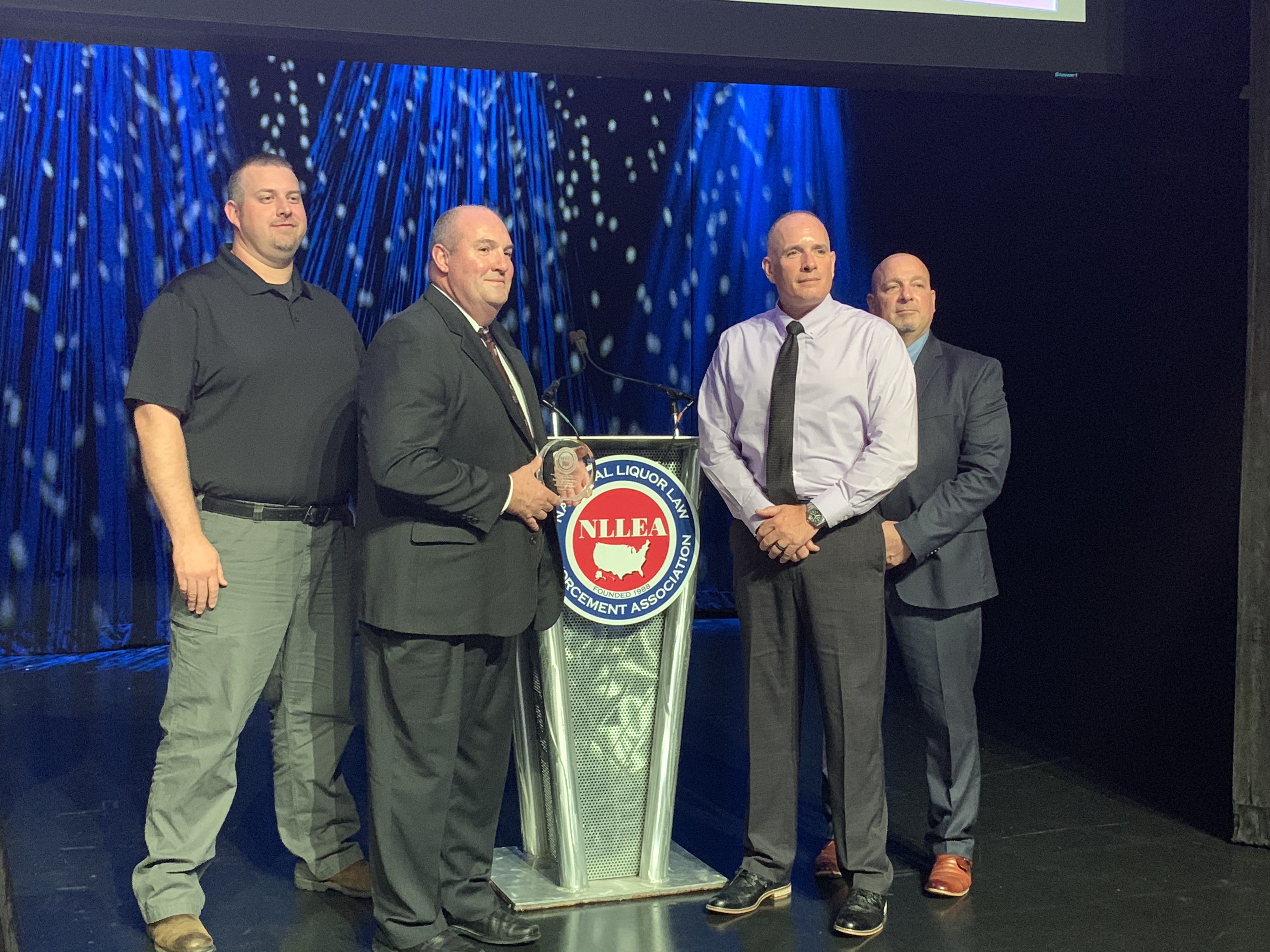 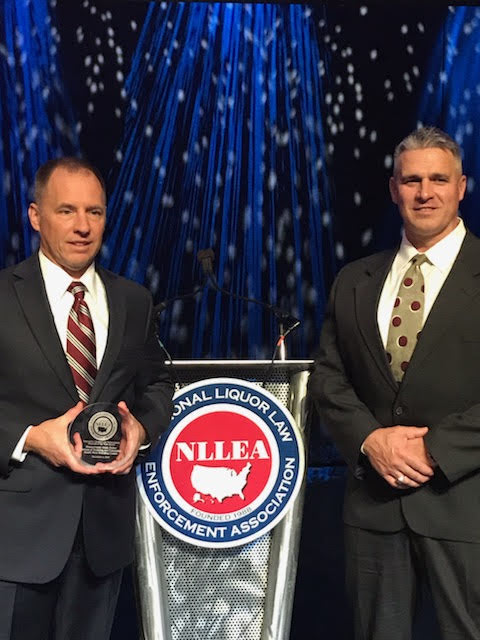