Despite reduced budgets and stringent restrictions on out-of-state travel, over 60 NLLEA members gathered August 10-12, 2011 for the Association’s 25th Annual Conference in Orlando, Florida.  With the Rosen Shingle Creek as its location, the conference was held concurrently with the Underage Drinking Enforcement Training Center’s 13th National Leadership Conference.

The joint NLLEA/NLC Opening Ceremonies took place on Wednesday afternoon with NLLEA President Steven Ernst addressing the more than 1,500 conference attendees after the Presentation of the Colors by the 1874 Calvary Honor Guard from Cheyenne, Wyoming.  NLLEA members then attended workshops before heading to the President’s Reception held the same evening.

The Annual Business Meeting was held Thursday afternoon, with the membership voting to approve all business conducted by the NLLEA Executive Board during the past year.  John Shanks from the National Law Enforcement Officers Memorial Fund provided an excellent overview of the initiative to build the National Law Enforcement Museum (http://www.nleomf.org/museum) in Washington, DC, which the NLLEA has chosen to support at the Theater Seat level.  The membership also elected Joseph Cannon from the Virginia Department of Alcoholic Beverage Control to the position of NLLEA Sergeant-at-Arms.

Thursday evening’s NLLEA Banquet featured recognition of several individuals.  Speaking on behalf of the Association, Steven Ernst presented the first ever visionary awards to NLLEA Past Presidents David Reitz and Greg Hamilton.  NLLEA Past President Bill Patterson accepted his visionary award the following day during the Law Enforcement Awards Luncheon, and Bob Reynolds sent his regrets at not being able to attend the event but expressed his appreciation for receiving the award.  A plaque was also presented to Rebecca Ramirez for her support given to the NLLEA and its Executive Board.

The highlight of the event was the swearing in of the 2011-2012 NLLEA Board of Directors:  President Richard Cologie, Vice President James Wilson, Secretary/Treasurer Phillip Calvert, Sergeant-At-Arms Joseph Cannon, and Immediate Past President Steven Ernst.

The conference ballroom was filled to capacity for the Friday luncheon during which the NLLEA’s annual Law Enforcement Awards were presented.  Awards were presented to agencies and officers who have exemplified the highest standards of police work and who have developed and implemented innovative programs to improve enforcement practice and address alcohol-related problems.  (Check out the NLLEA Awards page for the details.)

The 25th Annual NLLEA was a great success and enthusiasm for the growth of the NLLEA abounds. While discussions are still underway for the dates and location of the 26th Annual Conference, it promises to be another conference full of great content and good networking opportunities. Information about workshops submissions, registration, and accommodations will be posted on the NLLEA website in February, 2012. 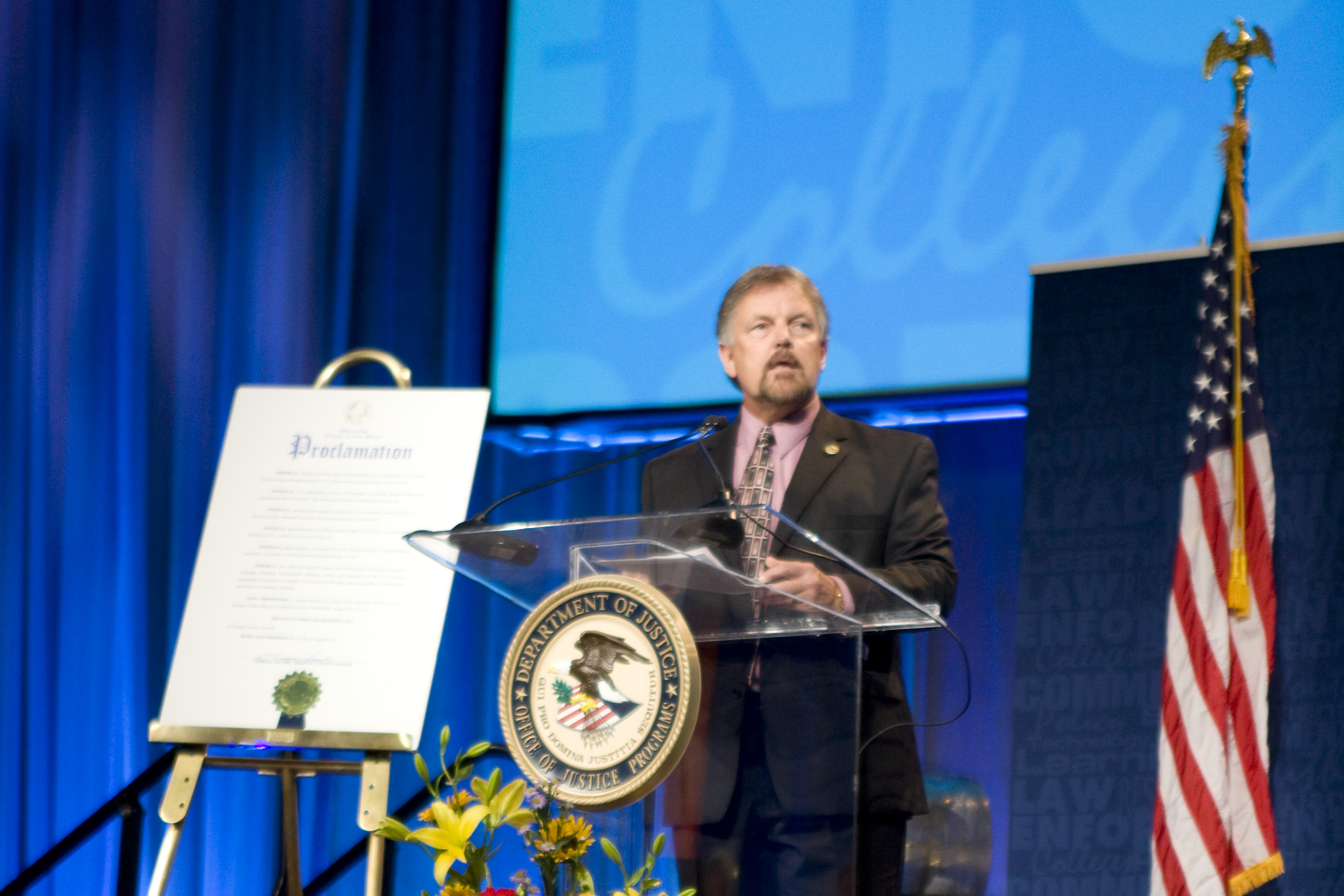 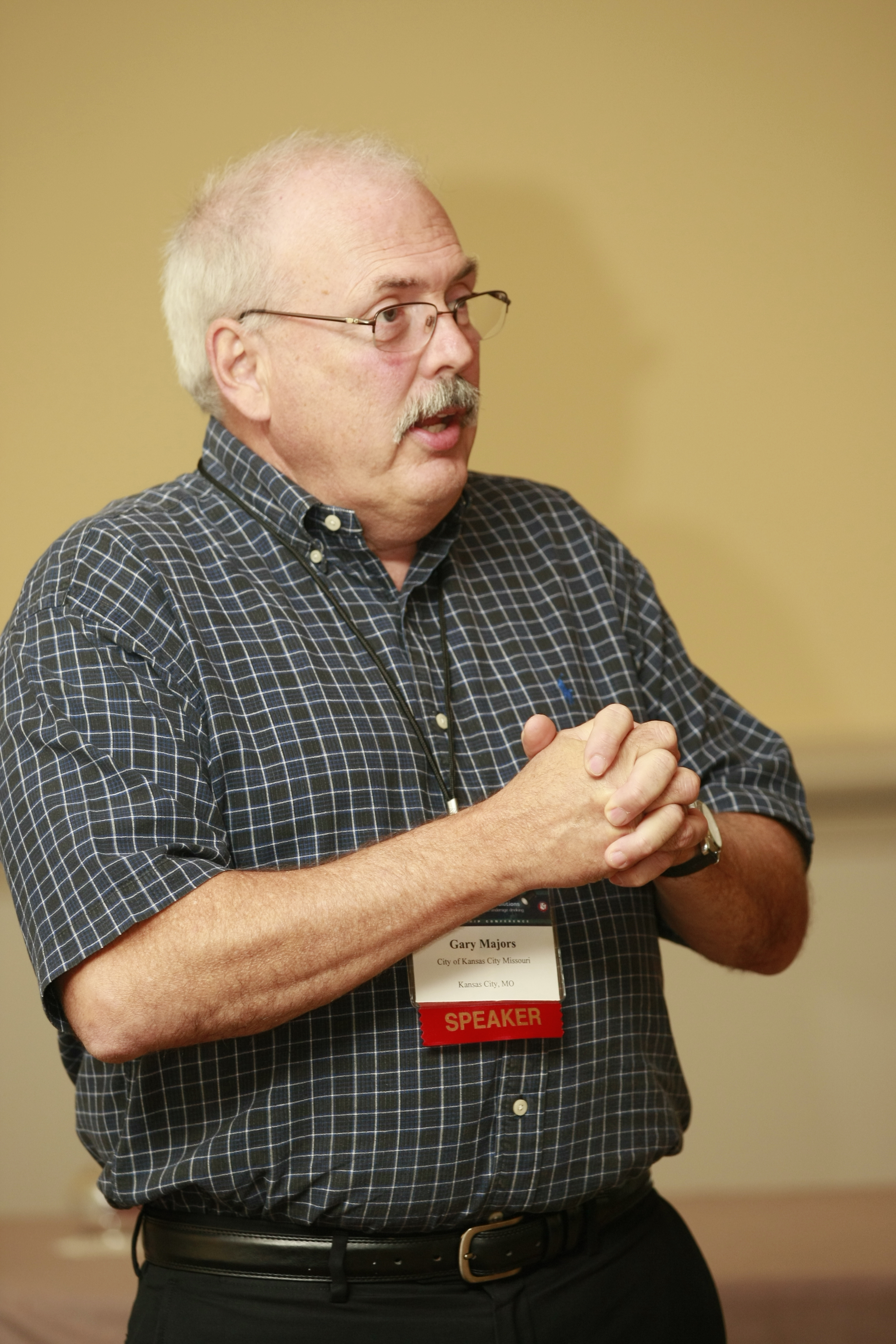 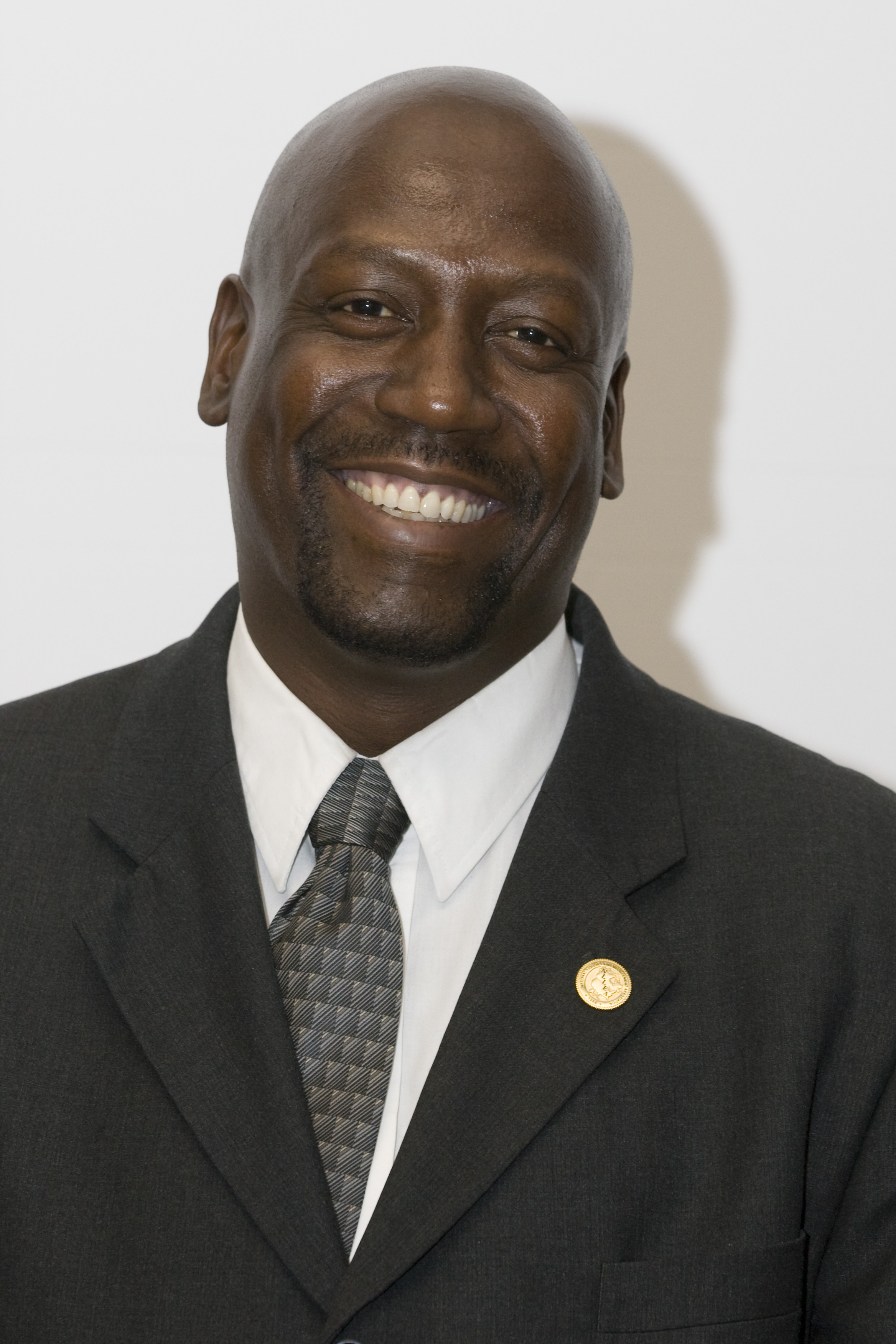 Joseph Cannon (Virginia Department of Alcoholic Beverage Control) was elected to the position of NLLEA Sergeant-at-Arms. 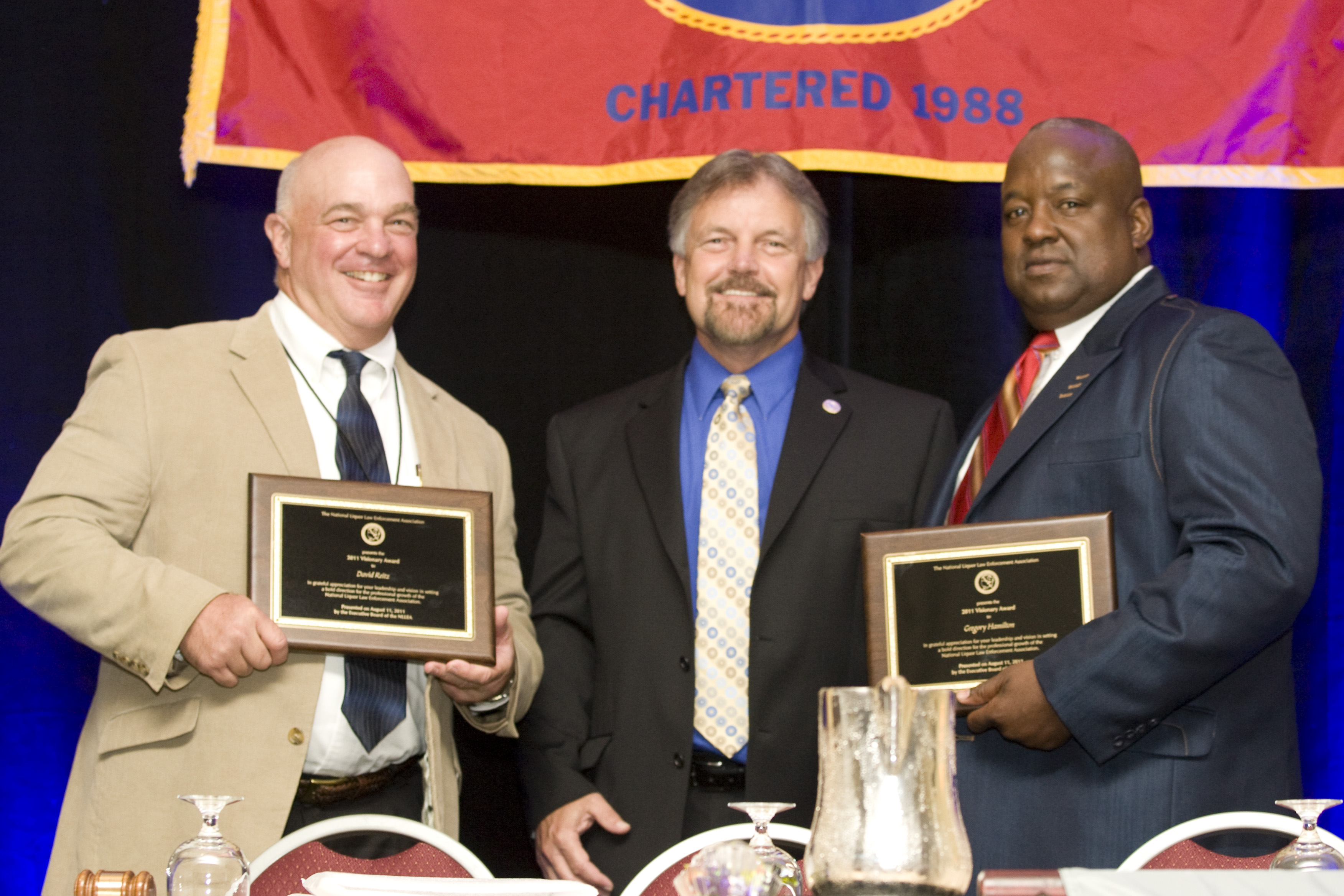 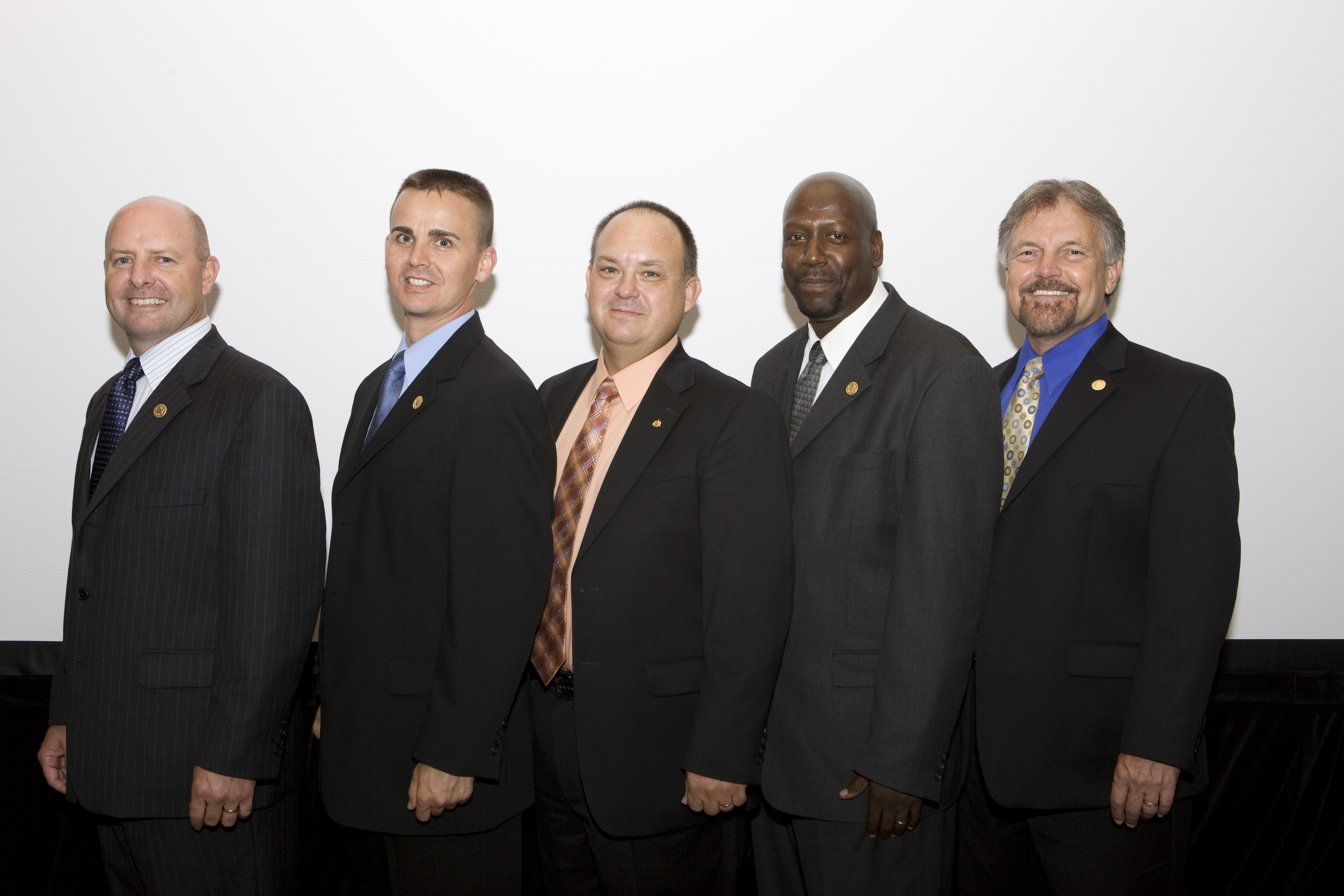 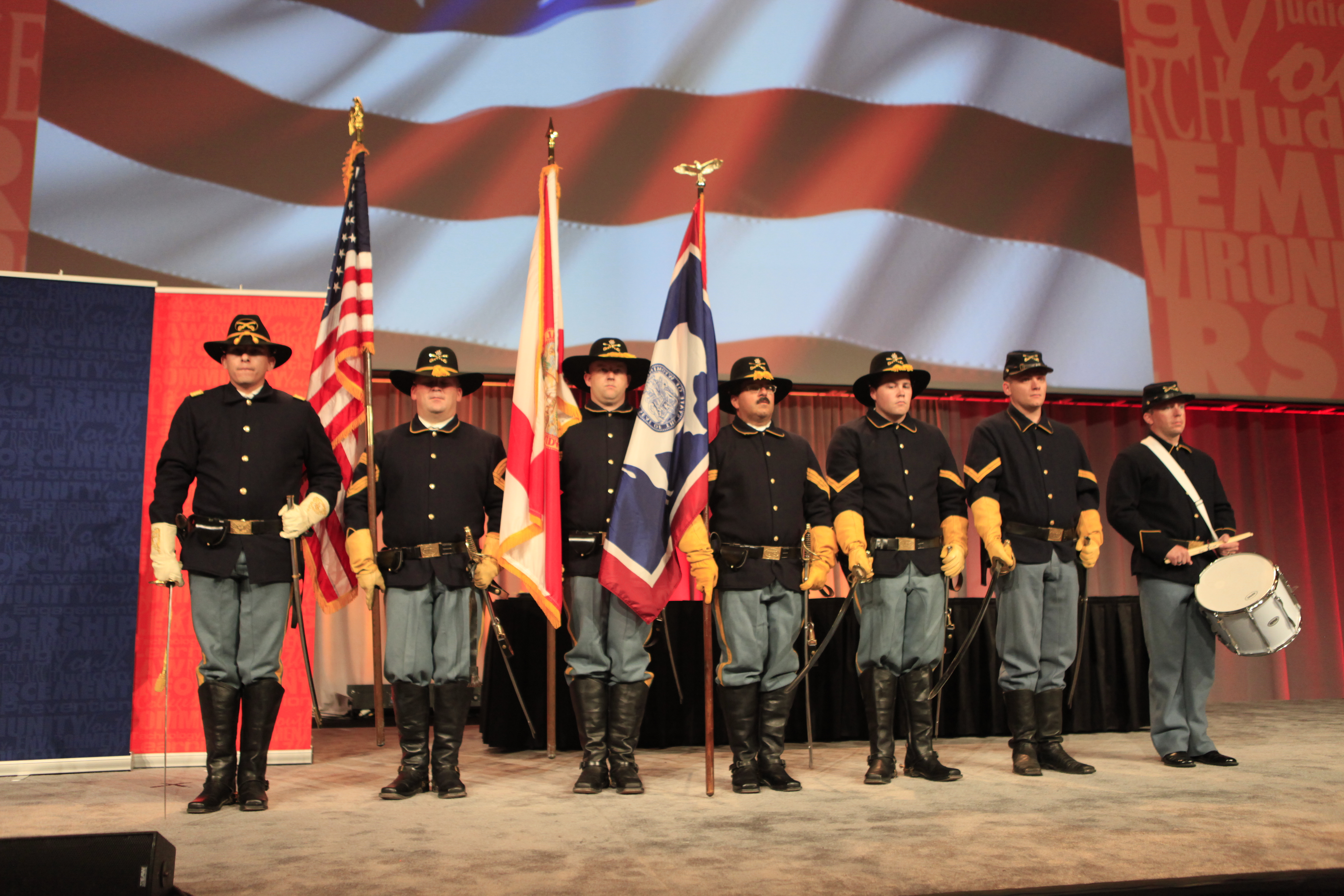 Presentation of the Colors by the 1874 Calvary Honor Guard from Cheyenne, Wyoming.